Toward a Sociology of Peace: The Goffman Effect (Stigma) 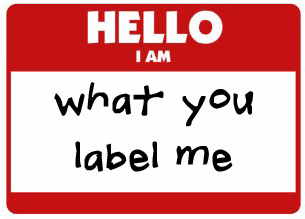 There were actually two books written about social stigma, and both had the main title “Stigma.” One has the subtitle: “Notes on the Management of Spoiled Identity,” and the other had the subtitle: “How We Treat Outsiders.” The one that became famous in Sociology circles, while the other was forgotten, was of course Erving Goffman’s timeless classic: “Stigma: Notes on the Management of Spoiled Identity.”

Gerhard Falk – one of my mentors at my alma mater, who is a fascinating man, wrote the other “Stigma” book. His book viewed Stigma slightly differently, though still within the realms of a Goffman-esque “spoiled identity.” Falk believed that there were stigmas that were existential, and ones that were achieved stigmas. Existential stigmas were things like disabilities, mental illness, obesity, etc. Achieved stigmas for Falk were things like being an immigrant, being homeless, or otherwise being “deviant” from social norms.

Both books and ideas compliment each other in what I am calling the “Goffman Effect.” I define the “Goffman Effect” more on a macro-societal level: the specific intent and desire of people to turn spoiled identity into a social norm in and of itself on an existential level (à-la-Falk) in the aggregate, leading to institutional normalization.

For example, there was a time when being labelled a racist was a huge stigma; a basic Goffman-esque spoiled identity. Someone did not want to be perceived as a racist and tried to cover up his or her racist tendencies. In today’s world, when someone’s racism is brought into the light, it no longer has a stigmatizing factor. It’s simply no big deal. Instead, what seems to be happening is that the person being labelled as racist, not only doesn’t try to cover up the spoiled identity, but tries to redefine the term into a less stigmatizing form (“I’m not really a racist, I just believe in preserving our European heritage”), and then tries to stigmatize the person doing the stigmatizing (“you’re a liberal snowflake!”).

Another perspective is the discourse on immigrants. Today, immigrants are “existentially stigmatized”; but that stigmatization doesn’t end there: the identity of “immigrant” itself is treated as a spoiled identity whether one tries to cover up their immigration status or not.

As well, Sociology, and social science in general is not immune from the Goffman Effect. For example, in most sociological discourse today, all power is hegemony; a domination of the oppressed by power structures. Yet, in various protest movements where the tables become turned, the oppressed become the oppressors, and hegemony reigns again, just in a different form; except Sociology will rarely ever admit that. Instead, social science will stigmatize the out-group as they institute their version of what they think is egalitarian power. Don’t disagree with the masses, or else you will be sent to the Heresy Penalty Box.

Stigmatizing others by itself has become a social norm, as people seek to take their everyday life experiences and turn it into an aggregate. The “Goffman Effect” may be a part of the normalization process of racism, xenophobia, and post-democracy that we face in the world today. If the Goffman Effect indeed is the social norm – the desire for aggregates to spoil other people’s identity within the shifting cultural norms that comes from a racialized anomie, then we will need to rethink the role of stigma, especially on a macro level.

Thus far, the only way that I can see to escape the Goffman Effect is for people to have open and honest discussions of what they want their cultural values to be (the ends), and the systems that they want in place in order to achieve them (the means). This is a process of peacemaking, and by definition, will not be easy, and will necessarily involve power struggles; some hegemonic, and some not.

This entry was posted in Peacemaking, Sociological Theory, Sociology. Bookmark the permalink.